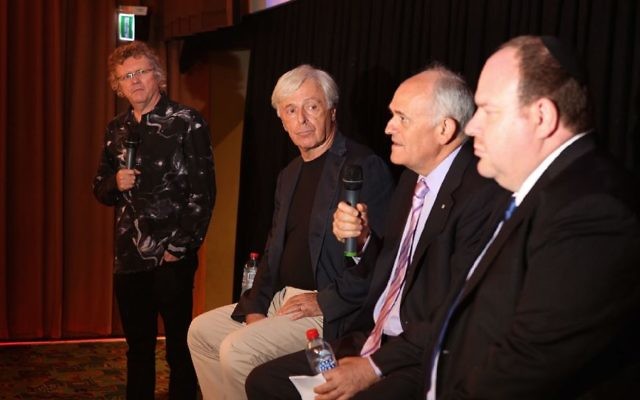 IT was a full house at the Ritz Cinema in Randwick for the Sydney premiere of Eyeless in Gaza on March 2, but the question on everyone’s lips was how much exposure this important documentary will receive around the world?

The film – produced by Robert Magid and directed by Martin Himel – sheds light on how international media coverage of the Israel-Gaza war in 2014, in many cases, painted Israel as the aggressor and failed to report both sides of the story.

During a Q&A session following the premiere, moderated by The Spectator editor Rowan Dean, Magid was asked how the film could gain broader exposure, to avoid “preaching to the converted”.

“I’m hoping the converted are a sort of seed from which the tree can grow,” Magid said.

“But I would be very disappointed if it stayed just within the Jewish community.

“We’ve shown it already [at premieres] in LA, New York, London and Copenhagen, we are distributing it through university campuses around the world through various organisations and we hope to present it to journalism schools.

“The main way that people can access the film is through iTunes, Google Play and Amazon, and the film and the trailer is downloadable at www.eyelessingazamovie.com.

“What we are hoping is that people who feel it is an important film will spread the word.

“We’ve offered it to the ABC and SBS – they said it doesn’t fit in with their programming.”

Magid said he was inspired to produce the film because he and his wife, Ruth, felt strongly that the media was implying “that Israel was enjoying the war, or was callously fighting a war, rather than what we know is the case”.

“I was quite aware of the inaccuracies … and also the virulence of the ‘groupthink’ of many of the [international] journalists based in Jerusalem,” Magid said.

Wertheim noted the film’s coverage of open intimidation by Hamas against foreign journalists.

“You had the unusual situation of the Foreign Press Association issuing a statement at the end of the conflict condemning Hamas for … essentially trying to vet what independent journalists were trying to report. That got scant coverage on the ABC, on Fairfax and the other usual places,” Wertheim said.

Miller added that a major part of the problem of bias in media coverage of the war by the foreign press corps based in Jerusalem and Tel Aviv “is the groupthink that goes on, and as momentum builds, it becomes the norm”.