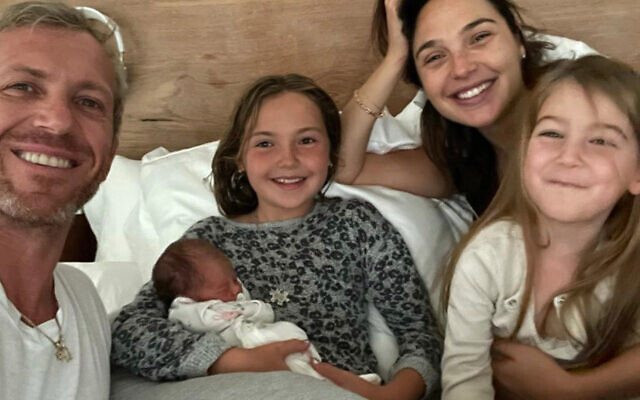 The Israeli actress announced on Instagram last week that she has welcomed a new daughter, Daniella, into the world.

“I couldn’t be more grateful and happy (and tired),” the Hollywood beauty wrote alongside a photo of herself, husband Jaron Varsano and their three daughters.

“We are all so excited to welcome Daniella into our family. I’m sending all of you love and health.”

Daniella joins older sisters Alma, 9, and Maya, 4. Gadot and Varsano have been married since 2008. Gadot first revealed news of her pregnancy in March.

In an appearance on Jimmy Kimmel Live in April, Gadot said her older daughters were excited to welcome the latest addition.

“They’re excited,” she said, noting that at first Alma was not happy at the news.

“But then she got used to the idea and now she’s super, super excited.”

Her next film, Red Notice, an art heist thriller that also stars Dwayne “The Rock” Johnson and Ryan Reynolds, is slated to be released on Netflix by the end of the year.

WITH THE TIMES OF ISRAEL