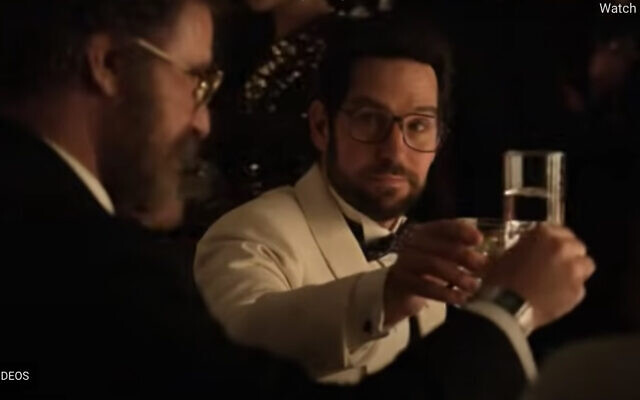 JEWISH actor Paul Rudd will join funnyman Will Ferrell in a television adaptation about a Jewish Manhattan psychiatrist who took control of the life of one of his patients.

The eight-episode adaptation of 2019 podcast The Shrink Next Door – a true story – will star Rudd as psychiatrist Ike Herschkopf and Will Ferrell as patient Marty Markowitz.

But while both actors are known for their comedy, the psychological drama will be a darker affair.

The podcast tells how over the course of nearly three decades of therapy, Herschkopf came to dominate Markowitz’s life and finances, commandeer his house, treat him like hired help and cut him off from his family and friends.

It has many Jewish references, including Markowitz being referred to Herschkopf by his rabbi, Herschkopf hosting parties at Markowitz’s house with an array of prominent Orthodox leaders, Markowitz working in the famously Jewish garment industry and Herschkopf running a charity created by Markowitz that had a Hebrew name.

A trailer for the show, which will stream on Apple+ in the US in November, was released last last month.