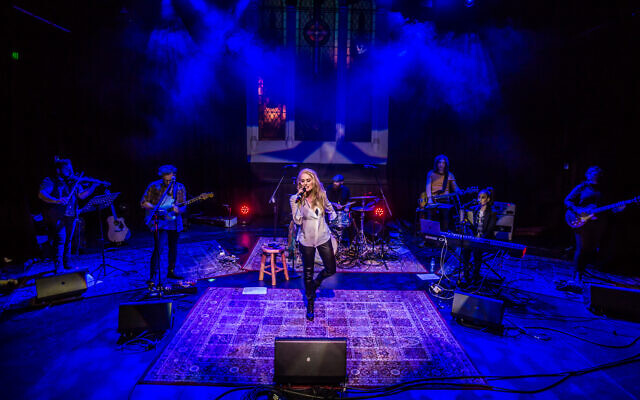 Katie Weston will perform some of Alanis Morissette's most popular songs in the Uninvited tour. Photo: Molly Harris

Teenagers of the 1990s will remember singer Alanis Morissette as an angsty, leather-clad, boot-wearing musician who drew listeners into her raw, emotive lyrics and music.

Many have even claimed that Morissette, the Canadian-American singer-songwriter who shot to stardom with her 1995 Grammy Award-winning album, Jagged Little Pill, is one of the most influential singer-songwriter-musicians of a generation.

Melbourne singer and actor Katie Weston, who is also Head of Music at Leibler Yavneh College, most definitely agrees, referring to Morissette as a “powerhouse” when it comes to her vocals.

It’s this power, energy and magnetism that Weston will be bringing as she takes audiences on a musical journey in her show Uninvited: The Songs of Alanis Morissette.

“As a teenager, I was drawn to the fact that her writing was so simplistic, yet so relatable,” said Weston. “But at the same time, it was entrenched with these taboo lyrics that you wouldn’t usually talk about. She was dredging up this world within her lyrics. I connected to it and hadn’t heard that from a female rock artist before.”

Like most teenagers at the time, Weston said listening to Morissette often made her want to jump up and down on the bed, and scream at the world, letting all her feelings out.

The Uninvited concerts will transport audiences back to 1995, as Weston and the band, directed by well-known Melbourne musician Jonathan Skovron, perform classics such as You Oughta Know, Ironic, Hand in my Pocket, Thank You and Weston’s personal favourite, Baba.

“It’s got a real Middle Eastern dark intensity to it that just makes you want to sit on the edge of your chair. It transports you to a different place,” Weston explained.

Weston first performed Uninvited in a sell-out performance at Chapel Off Chapel in Melbourne in 2019. When it came to developing the touring show, Weston credits Skovron for a lot of the nitty gritty details, emphasising that they’re not trying to be a tribute band, but rather aim to provide an authentic sound.

“Jonathan painstakingly notated the album, note for note, for the musicians to learn,” said Weston. “The replication is spot on.” 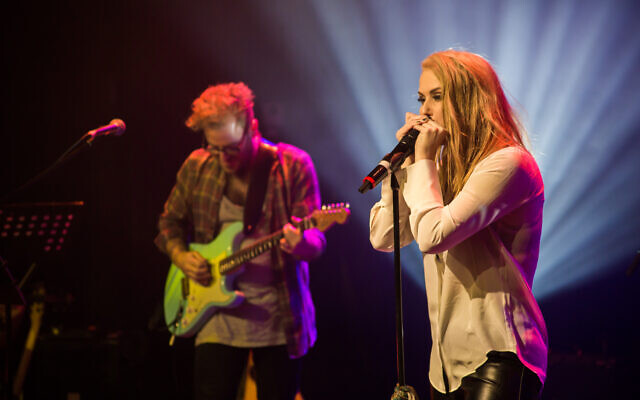 Skovron, whose older sister introduced him to the sounds of Morissette, said a lot of his exposure to her as an artist was by osmosis.

“I wasn’t a huge fan personally, but I was constantly surrounded by her music,” said Skovron.

“I think, in revisiting some of that music into my adulthood, I’ve come to understand it more and appreciate the artistry, probably more than I did then because it was just kind of part of the furniture.”

For both Weston and Skovron, it was important that Uninvited was accurate and raw.

“Jagged Little Pill is a masterpiece of production. The musical arrangement and the band arrangement are what excites Katie and me about the music,” said Skovron.

“Part of what draws us to it is not just the song and the lyrics, but actually the execution of how the record was made. That has been the joy for me – the replication – it has been a challenge, but it has been really fun to dig that deeply into something.”

Weston added: “Alanis helped shape our love of that style of music and now, we’re giving back to that love and we’re sharing it with the audience.”

For Skovron, when it comes to Uninvited, it’s all about reminiscence. “Nostalgia is really powerful with music,” he said. “Even music that you didn’t care for particularly at the time, even music that you might have actively disliked at the time, 20 years later, all of a sudden you have this affection for it.”

For Weston, it all boils down to Morissette’s no-holds-barred attitude, which is what she hopes the show portrays.

Uninvited will be touring Australia in July-October. For more information visit uninvitedtour.com.au