TRIBUTES are pouring in for Australian Jewish community pioneer Isi Leibler, 86, who passed away in Jerusalem on Tuesday.

Hailed by his brother Mark as “the gold standard of global Jewish leadership”, Leibler, a plain-talking leader, activist and philanthropist died after a short illness, leaving a gigantic footprint in the Jewish community and world affairs.

Born in Belgium in 1934, he came to Australia with his family as a four-year-old refugee, growing up in Melbourne’s Mizrachi community. Drawing on his experiences as a Bnei Akiva madrich, Zionist youth leader and Jewish student leader, he grew to embrace the leadership of Victorian and Australian Jewry.

Bold, abrasive and visionary, Leibler offered a clarion call to forthrightness and confidence in the decades after the Holocaust, when a largely immigrant Jewish community from a shattered Europe, still finding its feet and rediscovering its voice, flocked to hear his inspiring speeches on Jewish identity, supporting Israel and fighting antisemitism.

Posted by The Australian Jewish News on Monday, April 12, 2021

In an interview during an Australian visit in 2010, Leibler told The AJN that “building bridges with Israel … to me is the most critical ingredient in Jewish identity. It’s the one fact that still cements the Jewish people”. To which he added that “you have to keep the Jewish day schools going”.

Leibler’s leadership positions straddled the spectrum of Jewish communal organisations. From 1972-78, he was president of the Victorian Jewish Board of Deputies (now the Jewish Community Council of Victoria) and from 1978 served four terms as president of the Executive Council of Australian Jewry (ECAJ). He founded the Australian Institute of Jewish Affairs (forerunner of the Australia/Israel & Jewish Affairs Council).

An early activist for the liberation of Soviet Jewry, Leibler famously encouraged then-union leader Bob Hawke to advocate for the release of the Prisoners of Zion, Soviet Jews jailed for supporting Israel, during a visit to Russia. Leibler made several visits to the USSR himself and met Jewish dissidents. A group of 15 refuseniks travelled to Australia in 1988 to thank Hawke and Leibler for gaining them their freedom. “I venture to say, Isi, that nobody has made a greater individual contribution than have you,” Hawke stated at the time.

Leibler officially opened the Solomon Mykhoels Centre in Moscow in 1987, the first independent Jewish institution in Russia in six decades. 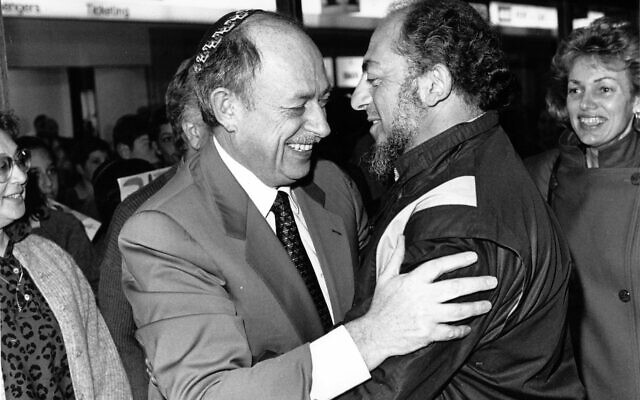 Human rights activist and former refusenik Natan Sharansky told The AJN from Israel, “Isi Leibler was an outstanding Jewish leader with a lot of energy and courage and the desire to defend Jews and the Jewish state every minute of his life. And to his credit, he really was the first of the world Jewish leaders who understood the importance of the struggle for Soviet Jewry.”

Leibler served his final term as ECAJ president from 1992-95. In 1999, he fulfilled his dream of living in Israel, where he continued his role as a commentator on Jewish affairs. In his Jerusalem apartment, he curated a formidable private library of Jewish writers.

In 1988 he became vice-president of the World Jewish Congress (WJC) and later chairman of the WJC’s governing board. In the mid-2000s, he would leave his characteristically strident and indelible mark on the WJC and the Claims Conference as a campaigner for good governance, exposing corruption. When the WJC filed a lawsuit against Leibler – later dropped – for making his allegations, ECAJ threatened to withdraw from the WJC.

Early in his life, his father’s death forced him to abandon hopes of becoming an Israeli diplomat. Instead he looked after the family’s diamond business, and later founded Jetset Tours, which became the largest travel network in the southern hemisphere.

A frail Leibler recently took part in the Israeli launch of his biography, Lone Voice: The Wars of Isi Leibler, authored by historian Professor Suzanne Rutland. In the book, Rutland noted Leibler “counted Australian prime ministers among his close friends, and talked plainly to Israeli prime ministers from Yitzhak Rabin to Benjamin Netanyahu, often telling them what they did not want to hear”.

Leibler’s close friendship with Hawke reached an apex while he was PM during the Australian visit of the refuseniks in 1988 but hit rocky ground over Hawke’s publicly stated views on the Israeli–Palestinian conflict. Rutland wrote of Leibler, “His is a passionate, pugnacious voice, guided by integrity.”

Former prime minister John Howard reflected, “Isi Leibler was a good friend of mine, a staunch supporter of Israel and through his tireless efforts, an inspiration to Jewish people around the world.”

“Over a long productive life, he certainly made a difference,” Abbott added. 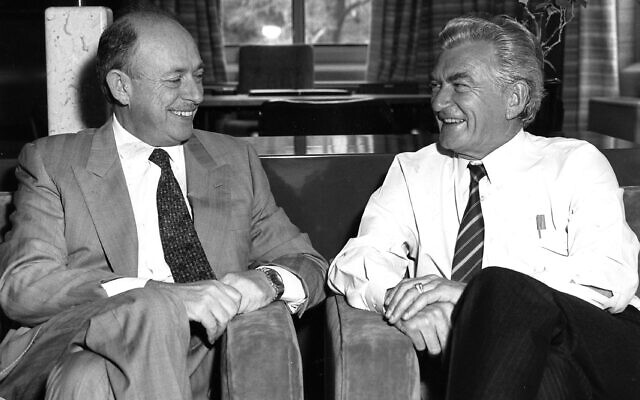 Isi’s brother, communal icon Mark Leibler stated, “Isi was the gold standard of global Jewish leadership. He fought for the Jewish people relentlessly throughout his life often against the current and his positive impact across the Jewish world will be felt for generations. But Isi was first and foremost for me my brother and family was valued above all else.”

ECAJ president Jillian Segal said Leibler’s passing “closes a chapter on one of the most remarkable and accomplished periods of Australian Jewish leadership”.

“Isi successfully brought passion, intellect, learning and unflinching commitment to so many areas critical to Jewish life, both in Australia and on the wider international stage, the likes of which we will probably never see again.”

Leibler was ECAJ’s longest serving president, noted Segal, holding the position for a total of 11 years, and had been made an honorary life member. Lauding his campaigning for Soviet Jewry, she said, “However, his work was much more extensive, and touched all of the critical aspects of Australian Jewish life over many decades and had great impact in the wider fields of politics and business.”

Former prime minister Tony Abbott has paid tribute to the late Isi Leibler. In a statement to The AJN today, Abbott…

Posted by The Australian Jewish News on Tuesday, April 13, 2021

Describing Leibler, his uncle, as “a true gadol hador [communal giant]”, ZFA president Jeremy Leibler reflected, “Isi had a profound impact on both the Australian Jewish community and on the global Jewish world. He demonstrated that one individual can indeed change the world – and that is exactly what Isi achieved in the role he played in the fight to free Soviet Jewry.

“He was fearless and uncompromising in his dedication to the Jewish people and the State of Israel. I was privileged to see the private side as well as his public persona. The only subject matter that trumped Jewish affairs was Isi’s unyielding dedication to his family and in particular to my grandmother Rachel Leibler.”

AIJAC executive director Colin Rubenstein saw Leibler as “a towering figure in Australian Jewish communal life … forever remembered for his contribution to the worldwide campaign for the liberation of Soviet Jewry, advancing ties between Australia and Israel, and his pioneering work in Israel-Asia relations”.

“Among his many accomplishments was his establishment of the Australian Institute of Jewish Affairs, which became part of AIJAC. After making aliyah, Isi often generously shared insights on Israel and the Jewish world with visiting Australian parliamentarians, journalists and religious leaders,” he said.

“I have lost a friend,” said Sam Lipski, former CEO of the Pratt Foundation and former editor of The AJN. “In a relationship that extended over some 70 years, from the time he was my madrich in Bnei Akiva, Isi Leibler was a mentor, colleague and collaborator on many of the great Jewish issues which were at the core of his being.”

Mourning the passing of Isi Leibler Z’L. A respected leader and cherished friend of the Jewish State who made an incalculable contribution to Israel-Diaspora relations. May his memory be a blessing.

A spokesperson for Israel’s embassy said Leibler “showed extraordinary resourcefulness in the fight for Jewish rights and made an invaluable contribution to the relations between Israel and the Diaspora”.

Acting Victorian Premier James Merlino described him as “a stalwart of the Australian and international Jewish community, who fought for the recognition of Israel and the rights of the Jewish people across the world”.

JCCV president Daniel Aghion and executive director Judy Fetter jointly paid tribute to “an inspirational and respected leader of the Jewish community … an insightful, loyal Zionist whose impact extended beyond Australia to Israel and around the world”.

Michael Danby, former federal MP for Melbourne Ports, recalled, “In earlier years, Isi Leibler and I had many ups and downs but over the last decade we developed a firm friendship based on a mutual respect and an immovable devotion to the Jewish people and Israel. He was loud and proud. He was incorruptible. He has no peer in Diaspora Jewish leadership.”

Mizrachi president Danny Lamm reflected, “He lived a life of devotion to Eretz Yisrael, Am Yisrael and Torat Yisrael. He will be sorely missed.”

Union for Progressive Judaism co-presidents David Knoll and Brian Samuel paid tribute to “a leader among leaders, yet always willing to share with those younger and coming through the ranks”.

Full coverage in this week’s AJN.