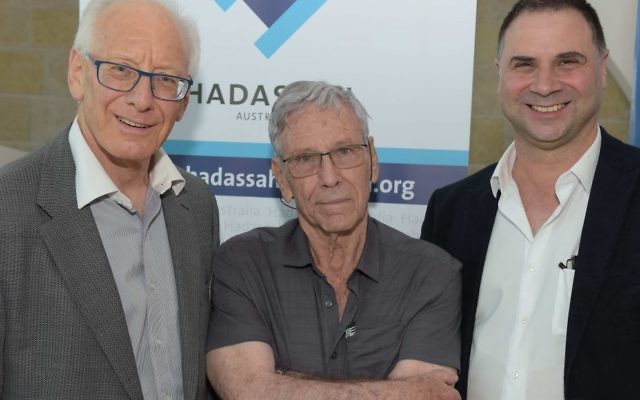 AN Australian organisation has successfully staged the first international conference on trauma and mental health to be held in Israel, attracting 270 delegates from 16 countries.

The two-day conference was an initiative of Hadassah Australia and was supported by Monash University and the University of Melbourne.

Hadassah Australia president Ron Finkel said his organisation had been exposed to the challenges of Post-Traumatic Stress Disorder (PTSD) through its more than 10 years of support for Hadassah’s Jerusalem Crisis Intervention Centre (JCIC).

He said it was appropriate for Jerusalem to host the May 21-23 conference because the city has been a flashpoint in inter-communal violence since the First Intifada in 1987.

“Many people living in the city had experienced PTSD and other stress-related conditions,” he said. “We were meeting at the coalface.”

The conference opened with a keynote address by celebrated Israeli author Amos Oz. He spoke about his novel, A Tale of Love and Darkness, and his personal experiences with familial aspects of depression and suicide.

Among the participants was a delegation from Gaza and the West Bank. The conference featured a group of Palestinian child psychologists enrolled in the Bi-National School of Psychotherapy. The school, which opened in October 2016 with funding from World Vision Australia, is hosted by Hadassah Hospital, and its director is Dr Esti Galili-Weisstub, who established the JCIC in 2006.

Associate Professor Grant Blashki from University of Melbourne’s Nossal Institute for Global Health said that among the highlights were critical, timely and fundamental debates about the nature of PTSD.

“The speakers brought a strong scientific base to their arguments, while integrating a very humanistic and clinical perspective based on many years of experience.”

Among the speakers was Jayashri Kulkarni, professor of Psychiatry and director of the Monash Alfred Psychiatry Research Centre, who gave a woman’s perspective to PTSD, especially in relation to domestic violence.