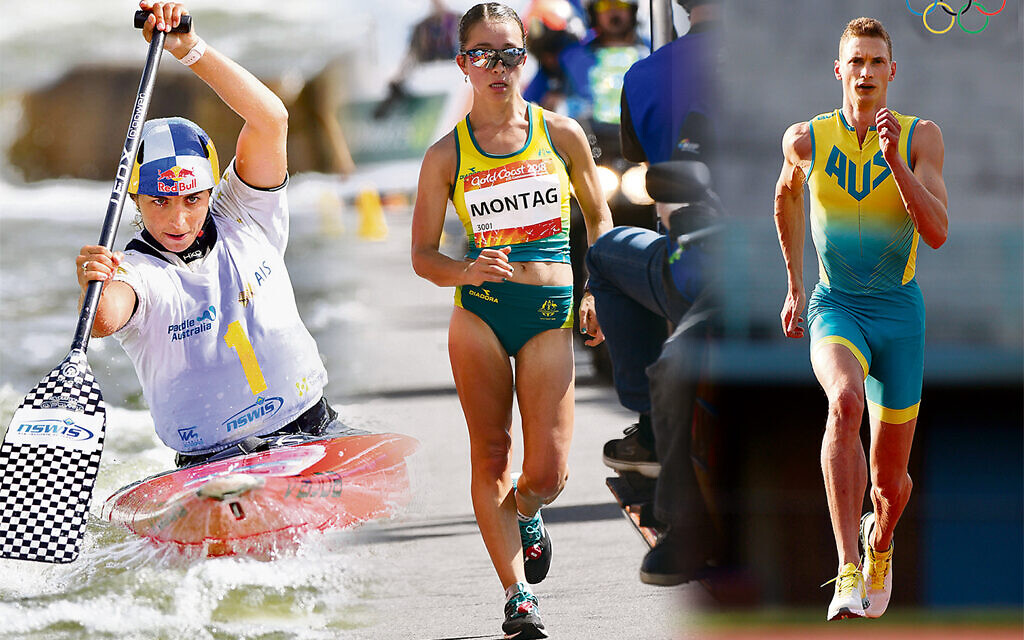 THESE three Jewish athletes will proudly represent Australia at the Olympic Games in Tokyo. Be sure to cheer them on during their events, to be broadcast on Channels 7, 7TWO and 7mate, and streamed on 7plus.

Jessica Fox, 27, won silver in the women’s single kayak (K1) at the 2012 Olympics, and bronze at the 2016 Olympics. As the current world number one ranked female in her sport, she is a big chance of adding an Olympic gold medal to her collection, perhaps even two.

Fox is already training on the whitewater course in Tokyo, guided by her mother and Australia’s head women’s coach, Myriam.

First up for Fox will be the women’s K1 heats on July 25 from 2pm (Eastern Australian Standard Time), followed by the semis and final on July 27 from 3pm to 6pm.

The inaugural Olympic women’s single canoe (C1) event will start with heats on July 28 from 2pm, with the semis and final to be held on July 29 from 3pm to 6pm.

Steve Solomon, 28, made the men’s 400m final in his Olympics debut in London in 2012. He did not qualify for the 2016 Olympics, but made the final of the 2018 Commonwealth Games, and the semis of the 2019 World Athletics Championships.

Solomon has a current world ranking of 37, and qualified for Tokyo via the quota system. He is co-captain of the Australian Athletics Team, alongside Dani Stevens.

Training in Sydney ahead of the Games, Solomon will be in action in the men’s 400m heats on August 1 during the 10am to 1pm session. The semis will be on August 2 from 8pm, and the final on August 5 from 8pm.

Jemima Montag, 23, will be making her Olympics debut in Tokyo. She won gold in the women’s 20km race walk at the 2018 Commonwealth Games in the Gold Coast, and she came 10th in the scorching heat in Doha at the 2019 Athletics World Championships, which was the best Australian women’s result in the 20km race walk at that level for 20 years. A disciplined trainer, Montag is currently in tropical Cairns, and will travel to Tokyo in a week, ahead of her event on August 6 from 5:30pm to 7:15pm.