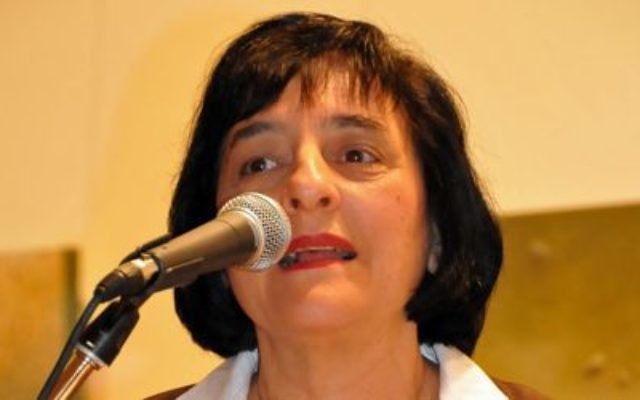 A GROUNDBREAKING study highlighting weaknesses in the way Hebrew and Jewish studies are being taught at Jewish schools across Australia has been welcomed by Australian Jewish educators, who agree with the findings that Australian Jewry has entered a “new era” and curriculums must be revised accordingly.

According to the report – authored by Bar-Ilan University’s Professor Zehavit Gross and the University of Sydney’s Professor Suzanne Rutland – the priorities of the adult community are no longer the priorities of the youth, and this “incongruity” has resulted in student dissatisfaction with the style and quality of education on offer in key areas.

As well as deficiencies in the teaching of Hebrew, the authors write that the Holocaust has become a “non-issue” for students, with only 12 per cent of students selecting Shoah studies as the most meaningful Jewish experience, compared with informal educational activities, which was favoured by 48 per cent of students.

Where the March of the Living program and visits to Poland as part of school-run Israel trips were highlighted by principals as effective Holocaust education, it was further acknowledged that students preferred to base their identities on the “triumphs”, and not the “tribulations”, of the Jewish people.

The academics emphasise the importance of informal, holistic and meaningful education that incorporates digital technology, as opposed to frontal methods of teaching which are common in Hebrew classes.

In response to the paper – which is based on seven years of research in six schools across Melbourne and Sydney, as well as schools in New Zealand, Hong Kong, Singapore and China – the principals claim they are “alert” to the students’ need for interactive learning and are in the process of equipping their schools with the tools to deliver a more modern approach.

Leibler Yavneh College’s principal Roy Steinman said children need to find meaning in their Judaism “quite apart from the Shoah”.

Similarly, principal of Mount Scopus Memorial College Rabbi James Kennard said, “The old, negative, Holocaust-related reasons [for engaging with Jewish life] have ceased to be relevant for some time,” and touted a “high level of informal Jewish education” at the college, which regularly draws 100 students to the school’s Friday night minyan.

Dean of Jewish life and learning at Moriah College Rabbi Benji Levy said he agreed that Hebrew language is failing to appeal to students, adding that Moriah is “re-looking at [its] entire Hebrew curriculum” to ensure that it is meaningful to students.

Principal of Masada College Wendy Barel added that “all educators would agree that frontal teaching is not the best way to engage and motivate students … we try, where feasible, to make lessons interactive and discussion based.”

Marlo Newton, executive director of the United Jewish Education Board (UJEB), said she has long been aware of the changing needs of students, and that the success of UJEB rests on its focus on the “positive” elements of Jewish identity.

Principal of Bialik College Jeremy Stowe-Lindner applauded the “subtext” of the paper, which encourages the “non-denominational, pluralistic approach to education” inherent at Bialik College.

Steinman emphasised that Jewish education should be reinforced by parents at home, a sentiment echoed by Mount Sinai College principal Phil Roberts, who said that “families do not value Jewish education like they used to”, adding that the Jewish schools that will “survive” will be the “ones most responsive to change”.