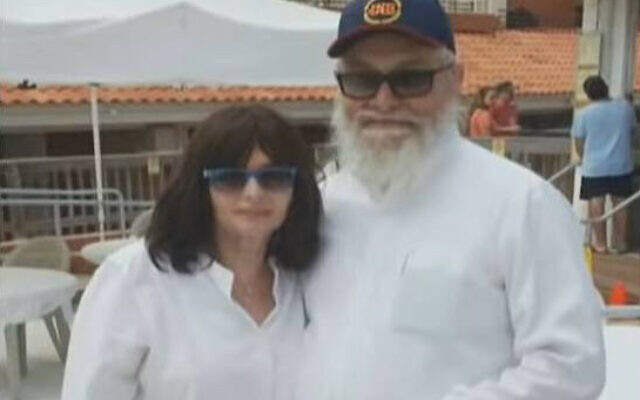 AUSTRALIAN Jewry is in mourning this week following the tragic and untimely news that Tzvi and Ingrid “Itty” Ainsworth, a couple in their 60s who lived in Australia for nearly two decades, were among the residents confirmed killed in the Florida building collapse disaster.

Their passing will leave “a void in the hearts of their family members and the Jewish community at large” for years to come, Rabbinical Council of NSW president Rabbi Nochum Schapiro told The AJN on Wednesday.

“Their love of life, positivity, kindness and dedication to family and friends were only a few of their exemplary character traits,” he said.

“Our prayers and thoughts are with their family and loved ones.

“May their memory be a blessing for all who were fortunate to know them and may God give the families strength and comfort during this very difficult time.”

Sydneysider Velvel Lederman, who attended Moriah College, and later Melbourne’s Yeshivah College, with Tzvi in the 1960s, told The AJN he was “a sweet, quietly spoken guy who loved good humour” and brought up a loving family of seven children and many grandchildren.

“Words escape me because there are no words,” Lederman said.

“The whole community, especially the religious community, is still in shock and grieving because we never think that this is going to happen to a good friend that you grew up with.”

Noting that Tzvi is survived by his parents who live in Sydney, Lederman said, “It’s heartbreaking to see a parent grieve for a son and daughter-in-law who have left this world in such a dreadful building accident.”

Recalling his kindness and generosity, he said, “I’ll always remember that for the rest of my life.”

Tzippy Kastel, who lives in the Ainsworths’ former home in Bondi, and was a close friend of Itty’s, said, “She just had this huge, contagious love for life … this amazing aura and an energy about her.

“People were really drawn to her. From joyous to sad or to whatever it was, she was the one I would turn to.”

“Every person she encountered, ever in her life, became her friend. Everyone was treated as equals.

“The guy at the laundromat, the guy working at the fruit market … I know I will never be able to match my mother’s pure enthusiasm for life but it’s inspiring to watch,” Wasserman wrote.

The couple’s funeral took place on Tuesday in New York, and they were laid to rest at Old Montefiore Cemetery in Queens.